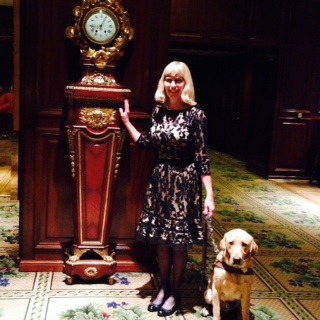 After going blind at the young age of eight, Nancy encountered overwhelming obstacles. “Stop. You’re aiming too high. Your plans are too bold.” These were words Nancy heard a lot growing up.

The only one in her family to go to college, Nancy earned a bachelor’s and master’s degree. She went on to teach in the Austin Independent School District for more than two decades, something the experts had said would be impossible to achieve due to her blindness.

During Nancy’s teaching career, her story of triumph in the face of adversity appeared in the magazines of the Texas State Teachers Association and the National Education Association. She was featured in an Associated Press article which appeared in nearly every Texas newspaper. Nancy has also been a guest on numerous radio programs and several local TV programs. Nancy has also been the cover story for the Austin Family Magazine.

Following her successful 21-year teaching career from 1981-2002, she founded Prove Them Wrong®, LLC whose mission is to give a voice to courage by telling real-life stories of people who prove that we can all do more than most believe to be possible.

Nancy is a member of

“Nancy, your presentation at the Texas Rehab Action Network (TRAN) Annual Conference in San Antonio was so inspirational to all of us. When I was in the hall the only comments I heard were how exceptional you were. The living proof examples that you presented delivered a positive impact to the audience. I personally enjoyed it tremendously and am looking forward to continue partnering with you.”

“Nancy’s presentation was great, dynamic speaker and good information. What I liked best was how Nancy kept saying Don’t Give Up! I would tell my peers that she overcame many obstacles and anyone can too.” 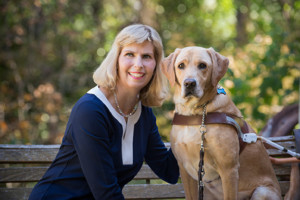 Guide Dog Porsche
A graduate of Guide Dogs for the Blind 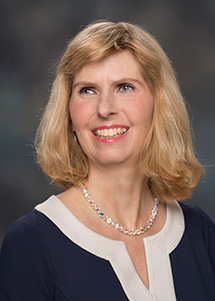 The Prove Them Wrong® Lady is available for media interviews.

The media is welcome to download and use either the color or black & white photo of Nancy Shugart.

If you are with the media, you may easily contact Nancy by

Clients and the media are welcome to use this bio of Nancy Shugart:

Nancy Shugart is an award-winning author, professional speaker and trainer, recognized community volunteer, CEO of Prove Them Wrong, and celebrated businesswoman as the recipient of the Blazing Star Award presented by the Women’s Chamber of Commerce of Texas.

She is the author of three books and one DVD.

She is a master educator with more than two decades of teaching experience in the public schools. She has more than a decade of experience as a professional keynote speaker and is a highly sought-after trainer on the topics of diversity and inclusion, peak performance, and disability employment.

Nancy is the recipient of numerous community service awards and has received five gubernatorial appointments.